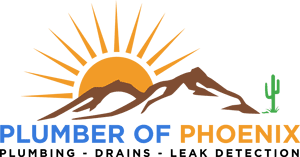 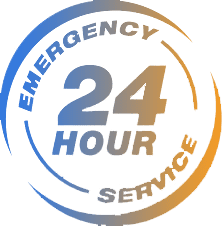 Need a water softener installation in Phoenix and need to know the cost? We can help. We can also repair your water softener & service any make and model...
Call Today: 602-560-7778
Request Service 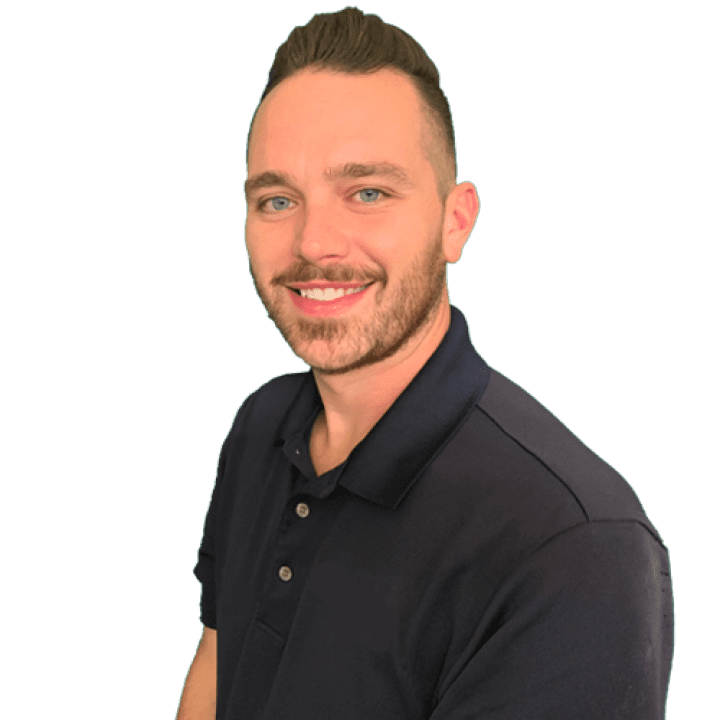 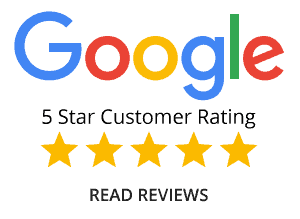 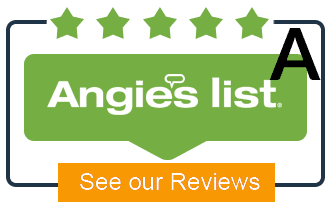 "Not only are we going to fix your plumbing issue, but we will deliver the best service imaginable and take care of you, your property and help save you money."
- Chris Reid

What is the average cost of a whole house water softener system in Phoenix?

If you’re in need of a water softener install,  service or repair you’ve come to the right place. We are a local plumbing shop right in Phoenix, that provides complete water treatment solutions. From water softeners to water filters, conditioners, and reverse osmosis systems; we can help. Would you like to discuss your water softener needs? Reach out to us today, we’d love to chat. 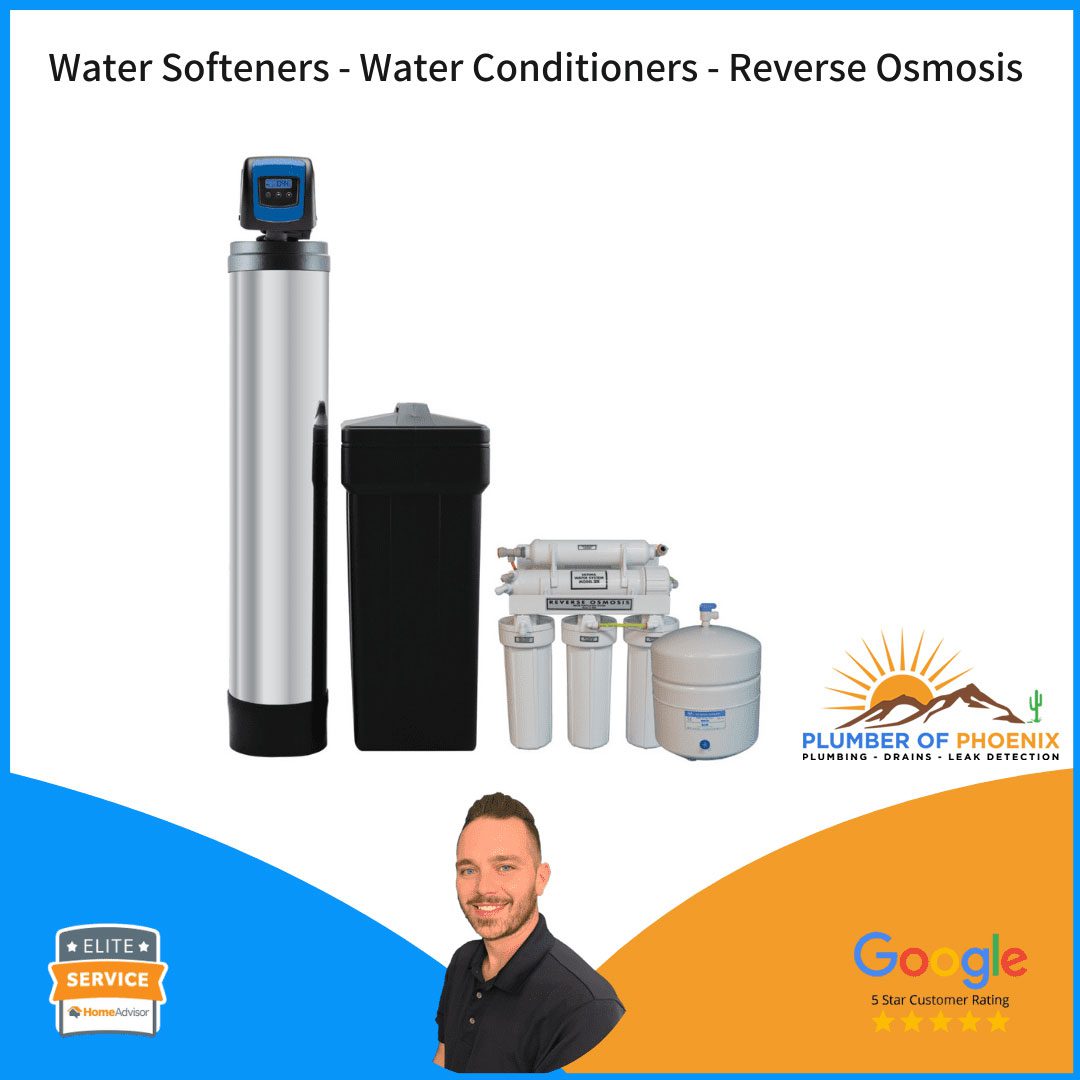 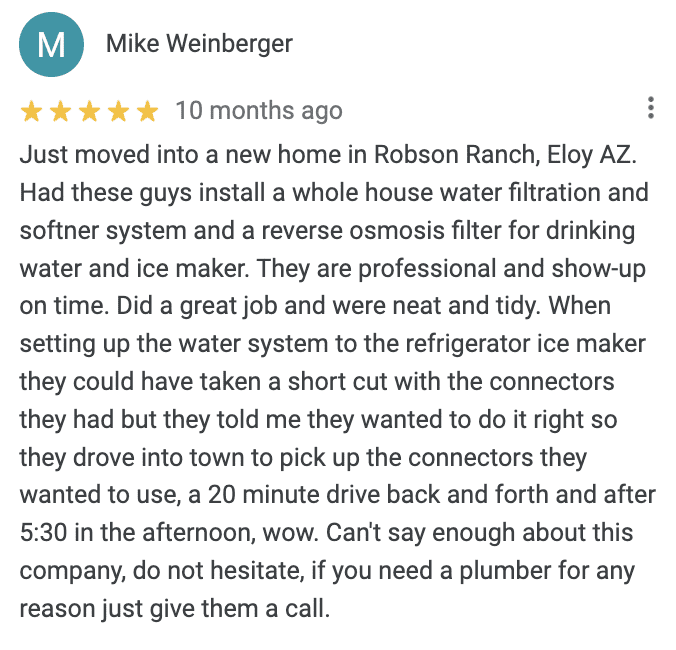 Need service or a repair for your softener or water treatment system? We can handle it!
Call Today: 602-560-7778
Request Service

Why do people choose Plumbers of Phoenix as their water treatment plumber? 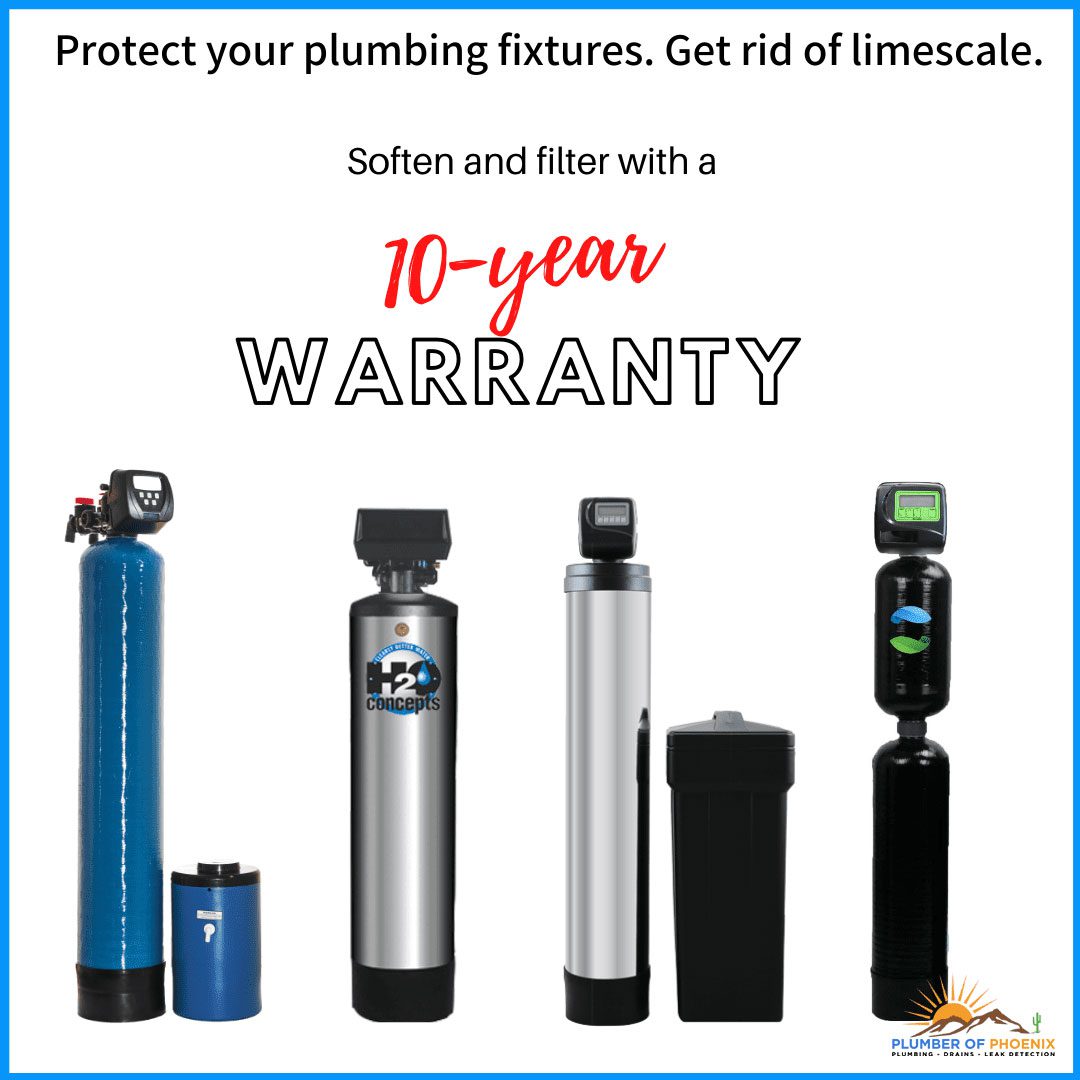 As water treatment specialists, we have a wealth of experience working with virtually every system on the market. Our experience and insight is one of the many reasons that people love to choose us. Some of the other reasons people in Phoenix count on us…

Here, at Plumbers of Phoenix, we combine excellence and professionalism to produce top quality workmanship. We will work tirelessly to provide you with the highest level of service at the best price. Would you like to discuss water treatment? Give us a call now so we can chat.

What is the best water softener for Phoenix water?

The water in Phoenix is not only hard, but also contains chlorine, since it is processed by a water treatment plant, as opposed to being well water, so the best water softener for Phoenix is one that removes calcium and magnesium minerals, as well as chemicals.

A popular unit amongst our customers is the Green Fusion system from Ultima Water Products. This system takes up the same amount of space as a standard water softener, but contains carbon filtration for chemicals, such as chlorine, as well as KDF filtration, for heavy metals.

Removing chlorine can extend the lifespan of many plumbing components. Chlorine results in polymer degradation, so by filtering it out of your home’s water, you would be protecting things such as shower cartridges.

The Green Fusion’s affordability results in it being priced similar to a standard water softener. It is also very efficient, using about 50% less salt and water during regeneration than traditional systems. 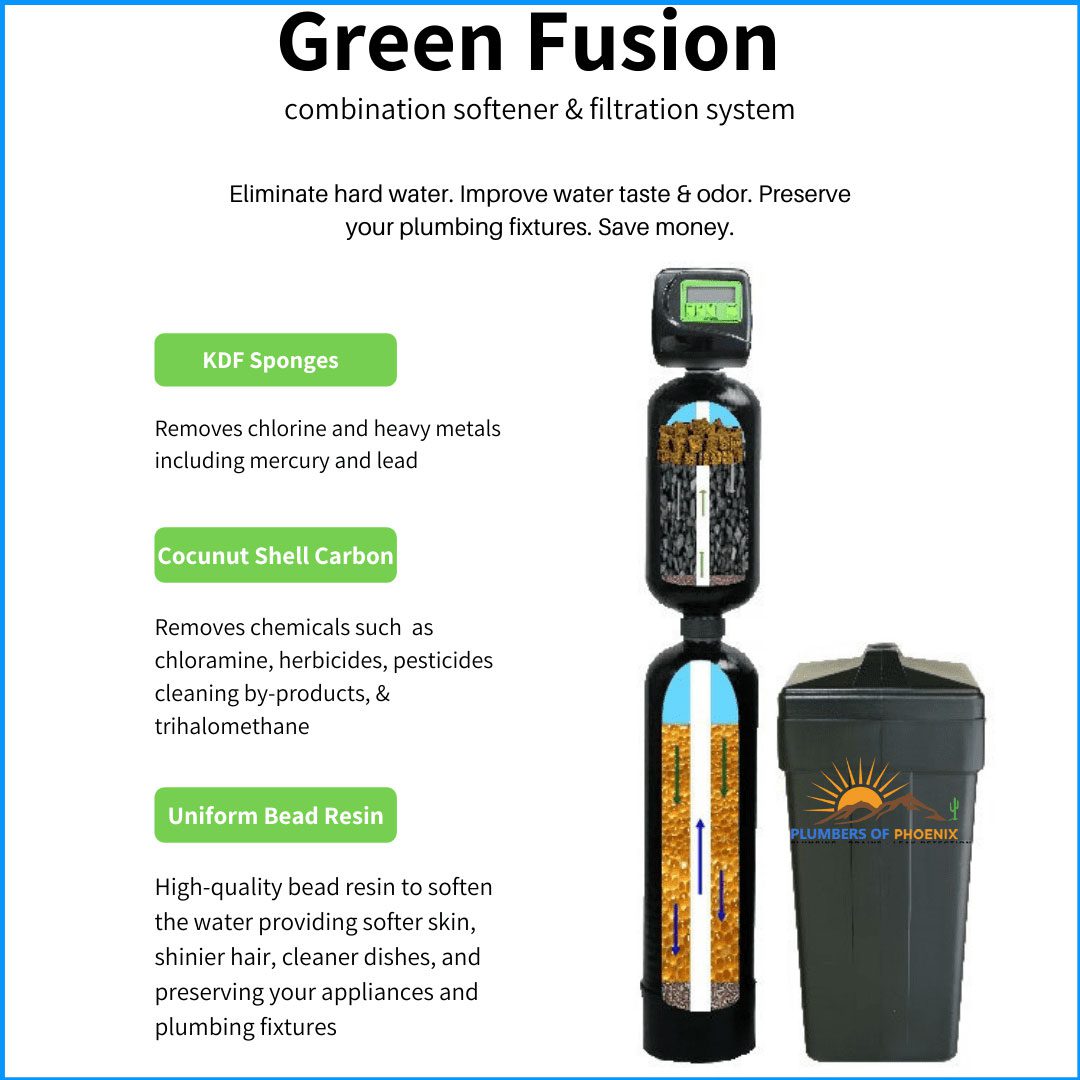 At Plumbers of Phoenix, we receive phone calls every day with questions regarding water treatment, such as cost and the best system for the water in Phoenix, Arizona. Let us go over some of these common questions and answers!

How much does it cost to replace a water softener in Phoenix?

Replacing a water softener depends on the type of unit purchased, the size of the plumbing at the water softener installation site, and the size of the unit, which is dependent on the number of fixtures in the home. Price is also relative to the unit we are replacing. Are we installing your system? In most cases, installing your system is around $519.00. If we are supplying you with a new system to replace your old unit, costs are usually between $1,200.00 to $2,600.00.

Do I need a water softener in Phoenix?

While owning a water softener is not a necessity, the benefits are abundant. In addition to preserving your home’s plumbing, saving money by reducing long term plumbing maintenance costs, softened water reduces hard water scale buildup. This buildup of calcium and magnesium accumulation is noticeable on things like countertops, shower glass doors, and clean dishes. 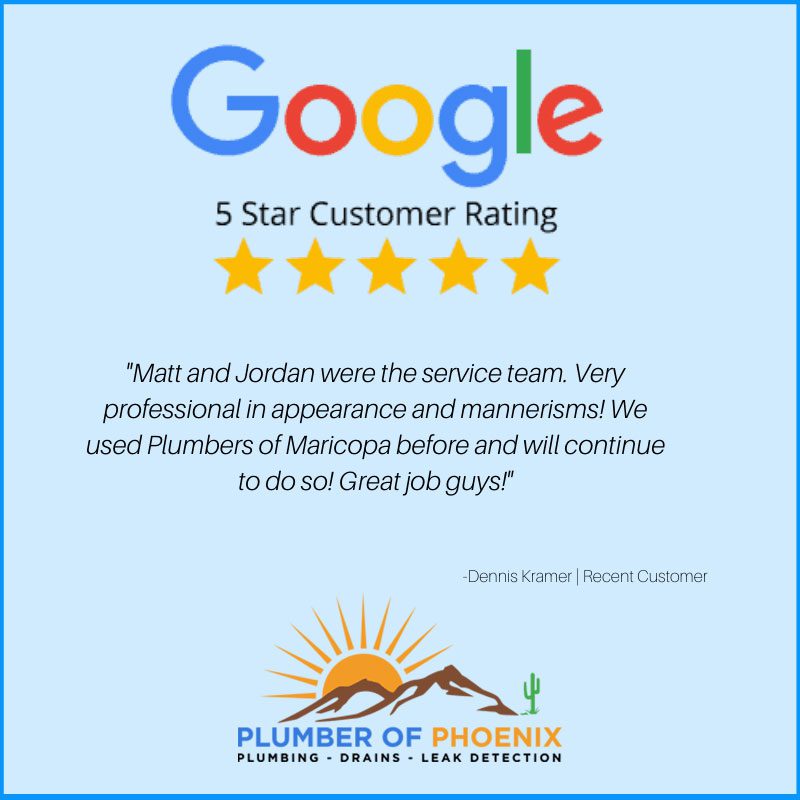 How much does a water softener cost per month?

Once a system is purchased and installed, no maintenance is required for about 10 years. The only recurring cost associated with a water softener is sodium or potassium replenishment, which must be done approximately every 2-4 months, depending on water usage. A bag of sodium costs around $5.00 per bag, while a bag of potassium costs just over $20.00 per bag. We will get into the difference between the two a bit later!

Where does Phoenix, Arizona get its water from?

Water in Phoenix, Arizona is provided by Global Water Resources. This water is sourced primarily from the Colorado River, as well as from underground supplies.

As mentioned above, water softeners generally last for 10 years or more, depending on water usage. After about 10 years, the resin in the water softener may need to be replaced.

What should I look for when buying a water softener in Phoenix?

When purchasing a water softener, it is important to take into consideration the size of your home, as well as if the added benefits of carbon filtration is worth it to you. As discussed, carbon filtration removes chemicals, such as chlorine.

What is a water softener loop, and does my home have one?

A water softener loop is a designated piping arrangement by a home builder for the future easy installation of a water softener. This water softener loop is generally located in the garage and is a configuration of pipes sticking out of the wall by about 6”. These loops typically result in softener water not being supplied to a home’s outside water, such as water for hose bibbs, irrigation, and swimming pools, as well as to the cold water for the kitchen. This is done to avoid supplying sodium to unwanted fixtures. Sodium is harmful to vegetation, and many homeowners do not want sodium in their cooking water. In this case, drinking water can be supplied to the kitchen separately, via what is called a reverse osmosis system. These systems provide water specifically treated for drinking and involve a designated faucet for it.

Is it okay to drink softened water?

While consuming softened water is generally not harmful, it is not ideal drinking water, particularly if sodium is used to soften the water. Even though the amount of sodium introduced to the water is only comparable to the amount of calcium and magnesium that it is replacing, its presence may be noticeable, depending on the original hardness of the water. Some medical conditions can make potassium or sodium harmful to certain individuals, so if you have a medical condition, then we recommend consulting with a physician before drinking softened water. Reverse osmosis systems are designed specifically to provide drinking water.

How often should I clean a water softener brine tank?

Generally, a brine tank does not need to be cleaned unless contaminants have been inadvertently introduced to it, such as from using contaminated sodium.

Is there a difference between using potassium and using sodium?

Both minerals accomplish the same task of replacing calcium and magnesium, the minerals that make our water “hard.” Sodium costs are $5.00 per 50-pound bag, while potassium costs over $20.00 per 50-pound bag. Potassium is often used by consumers whose homes do not have water softener loops, because potassium is not considered harmful to plants like sodium is. Replenishment frequency should be the same for potassium and sodium.

How much sodium should I put into my brine tank?

Only one to two bags should be poured into a brine tank at any given time, and replenishment should be done after most of the sodium has been depleted. This is because overfilling of the brine tank can result in solidification of the sodium into a large mass, which will prohibit proper function of the water softener system. This mass is commonly informally referred to as a “salt bridge.” The same goes for potassium.

How do I know if my water softener is working properly? 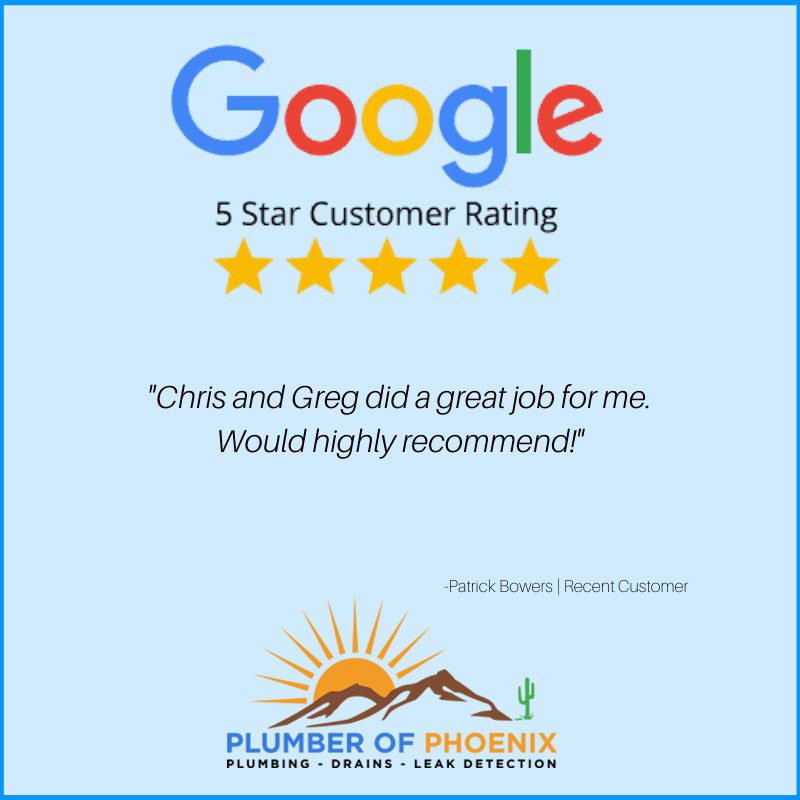 Are saltless water conditioners just as effective as water softeners?

Without the need for salt, are saltless water conditioners cheaper than traditional water softeners long term?

How much water is discharged during the regeneration of a water softener?

Most water softeners discharge between 50 and 100 gallons of water during regeneration. The frequency of regeneration varies by brand, model, and often settings. Some systems are programmed to regenerate on a set schedule, commonly every 14 days, while other systems regenerate after every 2,000 to 3,000 gallons used, depending on incoming water hardness.

What sort of maintenance is involved in maintaining a reverse osmosis system?

While reverse osmosis systems do not require the periodic adding of salt like water softeners do, they do require regular filter changes. Depending on the size of your home, and how many different types of filters used by your reverse osmosis system, some filters may need to be changed as frequently as every three months, while other filters in the same system may only need to be changed every few years. The filters are generally relatively inexpensive, costing up to $50.00 for an entire set, and can be changed by homeowners themselves.

How much does it cost to install a water loop in Phoenix?

A water loop, a phrase used to describe piping configuration specifically for the installation of a water softener, could cost anywhere from a few hundred dollars to a few thousand dollars. While having a water loop is not necessary to install a water softener, already having one does minimize the installation cost of a water softener and allows for the use of sodium without introducing sodium to cold kitchen water or any outside water, such as hose bibbs, irrigation systems, and swimming pools. Many homeowners, especially those with a reverse osmosis system in their kitchen, opt for a simpler installation of a water loop to only designate their home’s hose bibbs and any other outside water supplies from receiving softened water. The primary benefit of this is to allow for the use of sodium, which is cheaper than potassium, without introducing plants to its harmful effects.

Is drinking water of a higher pH (alkaline water) better for me?

For most people, drinking regular, neutral water (with a pH value of 7) is best. Health experts have theorized that alkaline may help certain medical conditions, such as acid reflux. Health experts have also, however, speculated the possibility of negative consequences to drinking alkaline water, especially long term. Our water in the City of Phoenix from Global Water Resources is near neutral. If, however, you reside in an area with well water, it may be worth testing the pH level of your water. If it is acidic, then incorporating an alkaline filter in your reverse osmosis system may be worthwhile.

Is having a water softener good for the life of my water heater?

When it comes to tankless water heaters, softened water has significant benefits. Many tankless water heater brands require regular descaling. This descaling process involves cleaning of the system in order to remove hard water deposits. The intervals between maintenance is often extended when a water softener is used.

Can I have just one hose bibb installed to provide soft water?

While softened water can prove to be harmful to plants, having a hose bib for washing cars can be useful in limiting water spotting. Fortunately, this is a request that can be easily fulfilled. It is often easiest, and therefore cheapest, to install a soft water hose bibb just after a water softener. So, if your home has a water loop, then a soft water hose bibb would likely be installed in your home’s garage.

Can I supply reverse osmosis water to my refrigerator’s ice maker?

This can most likely be accomplished. Some homes have a second ice maker supply line for use after a reverse osmosis system is installed. This optional water line typically runs from under the kitchen sink to behind the refrigerator. If one does not yet exist, then one can likely be installed.

We hope that our answers to the above questions have helped educate you on water treatment in Phoenix. If you have any other questions, then please do not hesitate to call us at 602-560-7778. We are always happy to help!
Call Today: 602-560-7778
Request Service 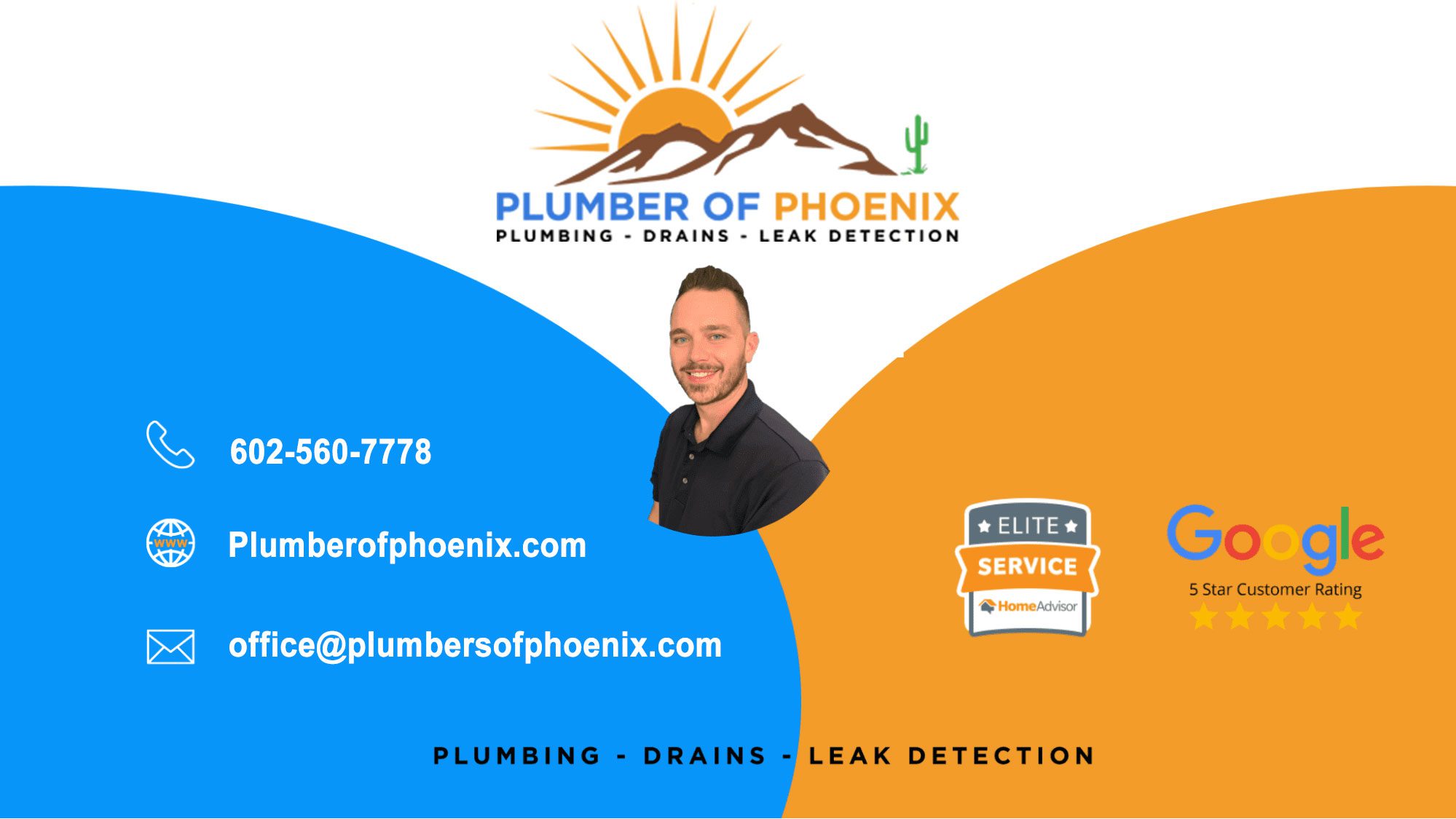